The Columbian Mammoth (sometimes refered to as Colombian Mammoth) lived in Northern America (from Alaska, and the Yukon, across the mid-western United States south into Mexico and Central America) during Middle and Late Pleistocene, and they disappeared about 12 thousands years ago.

They were probably a descendant of The Southern Mammoth (Mammuthus meridionalis) , but although a Mammoth , They had short gray hair similar to to a modern elephant.

This species seems to have been very varied, especially in their size, eventually because some populations was very isolated.

On islands Channel (California), lived Dwarf Colombian Mammoths (called Dzefersons mammoth) with a height of about 1.8 meters, while in the south of North America they had a height of 4-4.5 meters.

The Columbian mammoth weighed up to nine tons, and its enormous tusks were up to 4.9 meters (16 feet) long. The heaviest tusks ever known, belonged to the Columbian Mammoth, these weighed 226kg or 498lb. 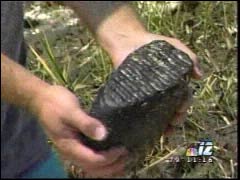