The genus Palaeomastodon, (from greek Palaeo: before, and Mastodon, refering to their ancestry to the genus Mastodon) is a genus within the mammal order Proboscidea that lived in north africa during late Eocene and early Oligocene age, some 35 million years ago. Palaeomastodon was a descendent of Moeritherium and was possibly an ancestor of the recent elephants

Fossilized remains of Palaeomastodon and Phiomia were found in the Lower Oligocene Gabal Qatrani Formation located in the El Fayoum, Egypt. 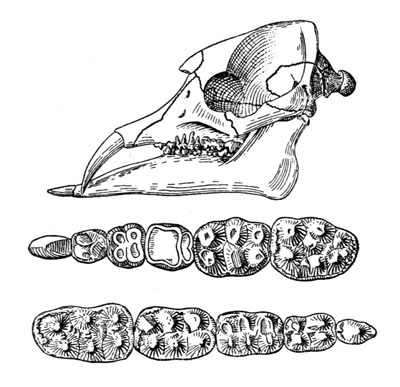